Federal fraud charges carry serious consequences, including up to millions of dollars in fines and decades in federal prison. However, not every activity that society may view as “unfair” actually constitutes a violation of federal fraud laws.

The numerous programs and websites operated by various agencies of the federal government encouraging people to report cases of alleged federal fraud can often result in false accusations and intensive investigations of innocent people by the FBI and other federal agencies.

Federal fraud convictions often come with harsh consequences, and a successful defense against any federal fraud charge takes someone with in-depth knowledge of the numerous elements of a federal fraud case. If you are being investigated or have been arrested by the FBI or any other federal agency for a fraud offense in West Palm Beach, Lake Worth, Palm Beach Gardens, Boca Raton, or Riviera Beach, take the important first step of your Palm Beach County federal fraud defense strategy and call Meltzer & Bell, P.A. immediately.

Proficient and knowledgeable West Palm Beach criminal defense attorneys Lawrence Meltzer and Steven Bell have more than two decades of combined experience defending clients like you. To learn more about what Meltzer & Bell, P.A. can do for your federal fraud case in Palm Beach County, call (561) 557-8686 today and schedule a free initial case consultation.

The FBI and other federal agencies operate numerous programs and websites encouraging people to report possible cases of federal fraud. Unfortunately, this can result in false and mistaken accusations, and even an arrest and trial in federal court on federal fraud charges.

Federal fraud is covered by 18 U.S. Code Chapter 47, and the FBI investigates numerous allegations of federal fraud, including:

In addition to these and other investment, mail, and wire fraud investigations, you may also face federal fraud charges if you are accused of federal tax, Medicare or Medicaid fraud.

Penalties vary widely, and can result in millions of dollars in fines and/or decades in federal prison.

However, you may have defenses available to you if you are accused of a federal fraud offense.  The U.S. Supreme Court stated in Chiarella v. United States that “not every instance of financial unfairness constitutes fraudulent activity.” 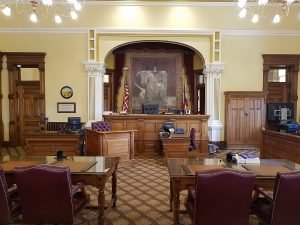 If you have been arrested and charged with a federal fraud offense anywhere in Palm Beach County, including Royal Palm Beach, Boynton Beach, Delray Beach, Greenacres, Jupiter, Wellington, or surrounding areas, contact Meltzer & Bell, P.A. It is best to contact an experienced Palm Beach County criminal defense attorney as soon as possible after being arrested.

Steven Bell is a former major crimes public defender and Lawrence Meltzer is a former felony special unit prosecutor. Your first consultation with Meltzer & Bell, P.A. is free, so call (561) 557-8686 today and schedule your appointment.