The U.S. Code has a wide range of criminal offenses, passed by Congress and signed into law by the President. These charges may include matters pertaining to drugs, fraud, money laundering, trafficking, child pornography and more. A crime is convicted on the federal level for a variety of reasons including the severity of the crime, whether the offense crossed state or international lines and if the offender committed the act in a federal jurisdiction.

The entities enforcing these laws typically have many more resources than a local Palm Beach County prosecutor or law enforcement agency would have. The federal authorities and prosecutors have much more experienced and skilled task forces dedicated to convicting federal offenses.  It’s imperative that your defense attorney be licensed in the district and should understand federal procedure and rules of evidence. If you or someone you know has been charged with a federal-level crime, then it’s imperative you seek legal representation.

At Meltzer & Bell, P.A., our criminal defense attorneys are both licensed and experienced in the U.S. District of Southern Florida, which includes federal courts in West Palm Beach, Miami and Fort Lauderdale. We are prepared to defend you if you face charges of violating any laws in the United States Code.

Rather than a public defender, you can have a West Palm Beach federal defense lawyer from Meltzer & Bell, P.A. who will be dedicated to you, instead of the massive caseloads these defenders often face. You will have access to one of our partners 24/7 and a team of experienced attorneys, who will work zealously on your behalf.  Call us today at (561) 557-8686 to set up a free consultation.

Overview of Federal Crimes in the U.S.

What is the Difference Between Federal and State Crimes?

The overall differences between federal and state charges are relatively slim. Both jurisdictions prosecute similar offenses, impose penalties on the convicted and offer alternative sentencing if it applies to your case. However, a crime on the federal level is much more likely to have harsher penalties than if it was charged at the state level. This is because crimes prosecuted on the federal level tend to be much more serious and constitute a greater threat to the public or national safety in general.

Many are charged on the federal level for crossing state lines when they committed the offense. Some examples of this can include parental kidnapping or stealing a car and crossing state lines. It’s important to understand that a crime can also “cross” state lines virtually. Computer crimes such as transmission of child pornography are often tried at the federal level because the offender sent sexual material of a child to a person or people in another state.

Crimes charged under state jurisdiction are nearly always committed within state lines. There are some instances where a Florida resident may have committed a crime in another state and is able to attend their court dates in Florida, but most state-level cases are tried in the state the offense was committed.

Immigration crimes are normally tried in the federal jurisdiction which can include harboring immigrants or committing visa fraud. Additionally, most terrorism-related crimes are charged in federal court since it’s a threat to national safety and security.

Examples of Federal Crimes in the U.S. Code 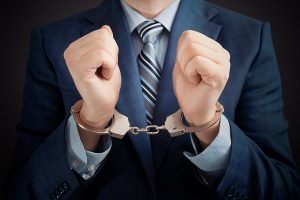 You can be tried for a variety of crimes within the U.S. Code. However, many people are charged on the federal level because the crime was committed in the federal jurisdiction, the offense was connected to terrorism or espionage, or the offense was considered especially heinous. Some crimes that are commonly prosecuted in federal court include the following:

Who Investigates Federal Crimes in the U.S.?

It’s important to note that a federal prosecutor has much more resources at their disposal than a District Attorney in Florida. Multiple agencies and organizations within the U.S. government can be utilized when investigating a federal crime. This means the prosecutor will be able to collect a multitude of evidence against you that could jeopardize your case.

Some federal agencies that could assist in investigating your federal charge include:

What is the U.S. Federal Sentencing Guidelines?

Federal courts use something known as the Federal Sentencing Guidelines when deciding an offender’s punishment. These guidelines can be complex and challenging for a newcomer trying to understand. Having an attorney who is knowledgeable about federal sentencing guidelines isn’t just important, but essential. This is critical for you and your attorney to understand the severity of the crime and whether a plea bargain is the best course of action.

The federal sentencing guidelines divide every crime into level of offenses. As the severity increases so does the level of the crime. Each crime has a classification known as a base offense level, which is known as the starting point to determine the seriousness of their offense. For example, a white-collar crime is commonly placed on base level 6 or 7.

It’s important to remember that if you accept responsibility for your actions the court may apply a two-point reduction at the judge’s discretion.

Many charges in the U.S. Code, including drug trafficking, also have mandatory minimum sentences, with long prison terms. For instance, being convicted of possessing more than five kilograms of cocaine will result in a prison sentence of at least 10 years behind bars.

As an additional consequence, the U.S. government can seize assets it proves were used in the crime. You could lose millions to asset forfeiture, especially if your home or business is found to be tied to your crime.

U.S. Code | Crimes and Criminal Procedure – Visit the official website for the U.S. Code to learn more about what offenses are tried in the federal jurisdiction, the penalties, immunities to witnesses, and how they handle juvenile federal crimes.

2018 Federal Sentencing Guidelines – Visit the official website for the United States Sentencing Commission to learn gain access to the U.S. Government’s Sentencing Guidelines. Access the document to find charts illustrating base or crime levels, types of adjustments and the ultimate process of determining a sentence.

Federal charges call for a strong, well-prepared defense. At Meltzer & Bell, P.A., we are a skilled team that can fight for your rights. You can have an experienced West Palm Beach federal defense lawyer fighting for you in the U.S. Court in the Southern District of Florida, whether in West Palm Beach, Miami or Fort Lauderdale.

Call us today at (561) 557-8686 to set up a free consultation. We will sit with you, hear your case and start charting out a strong defense for your today. Meltzer & Bell, P.A. accepts clients throughout the greater Palm Beach County area including West Palm Beach, Wellington, Palm Beach, Jupiter and Boca Raton.