Millions of elderly, disabled, and poor Americans rely on governmental programs for assistance. Since 1965, Medicare and Medicaid have offered public healthcare services to qualifying citizens. Healthcare is a trillion-dollar industry. Where there’s big money, there’s a significant potential for abuse.

Nearly anyone can defraud these public services. If you’ve been charged or investigated for Medicare or Medicaid fraud, you should contact an attorney immediately.

Medicare and Medicaid fraud can land you in deep trouble. Without proper representation, you could be subject to massive fines and prison time. You need a trained professional by your side who understands what’s at stake. Meltzer & Bell, P.A. can help you provide the best possible defense.

Call (561) 557-8686 or complete our online form to schedule a free consultation. You can speak to one of our representatives 24 hours a day, seven days a week. Meltzer & Bell, P.A. represents South Florida clients from Jupiter, Belle Glade, Greenacres, and other communities in Palm Beach County.

What Are Medicare and Medicaid?

Medicare and Medicaid are public healthcare programs created in 1965 by President Lyndon Johnson. Both are funded by taxpayers, but there are some slight differences between the two.

Medicare is overseen exclusively by the federal government. It is designed to provide health insurance for the elderly and people with disabilities. Only individuals who have contributed to Medicare through payroll tax deductions may receive benefits.

Medicaid is a federal assistance program designed to provide free health services to low-income individuals. The federal government oversees the program, but each state must implement and manage Medicaid locally. It is a means-tested program, meaning applicants must demonstrate their income is below a certain threshold in order to qualify.

What Are the Different Types of Medicare and Medicaid Fraud in Florida?

Unlawful entrepreneurs have devised a variety of ways to wrongfully profit from Medicare and Medicaid at the expense of taxpayers. Both healthcare providers and beneficiaries can act to defraud the Medicaid program. The different types of fraud committed by providers include:

Other common types of fraud can be committed by both healthcare providers and patients. Examples of such ploys include:

If you’ve been charged or investigated for participating in any of these schemes, you should contact an attorney immediately. We’ll fight to achieve the most favorable outcome possible for you. 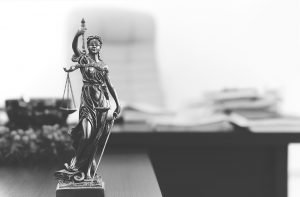 Fraud has been rampant in the decades since Medicare and Medicaid went into effect. Over the years, various laws have been enacted to prevent fraudulent activity and punish those who try to enrich themselves at the expense of American taxpayers. Some of the more prominent anti-fraud statutes include:

Let’s briefly examine each of these laws and the associated penalties.

What Is the Civil Monetary Penalties Law?

42 U.S.C. 1320a authorizes the Office of the Inspector General to assess civil monetary penalties (CMPs) for acts of Medicare or Medicaid fraud. Depending on the nature of the abuse committed, punitive fines range from $2,000 to $100,000 per violation.

This section also authorizes the OIG to exclude people or businesses from participating as medical service providers in the Medicaid program. A party excluded from Medicaid is effectively banned. They cannot bill any goods or services to the program during the term of exclusion. Exclusion periods can last as long as five to ten years or longer. Steep fines can be harmful up front, but complete exclusion from Medicaid can be catastrophic for a service provider over the long term.

What Is the False Claims Act (FCA)?

The False Claims Act is a federal anti-fraud law defined by 31 U.S.C. 3729. It is a civil violation under this statute to knowingly submit false or fraudulent Medicare or Medicaid payment claims. Violators face two penalties: a fine of $5,500 to $11,000 per claim as well as repayment of triple the amount of damages suffered by the government.

In extreme cases, FCA violators may face criminal charges in addition to a civil suit. A separate law defined by 18 U.S.C. 287 outlines criminal penalties for knowingly submitting false claims to United States government employees or organizations. It is a criminal offense under this statute to make false Medicare or Medicaid claims. Violators risk a $250,000 fine and up to five years in federal prison.

What Is the Anti-Kickback Statute (AKS)?

The federal Anti-Kickback Statute (AKS) is defined by 42 U.S.C. 1320a-7b(b). A kickback is essentially a bribe paid in exchange for preferential treatment.

A common example of a kickback occurs when a doctor unnecessarily refers a patient to a specialist who agrees to pay the doctor for each referral. The specialist would then render services to the patient that were not medically necessary and submit a claim to Medicare.

The payor and the recipient of the bribe in this scheme are held equally accountable under the AKS. Criminal violations of this statute carry up to a $25,000 fine per violation and a maximum prison sentence of five years. Violators could also face civil penalties, including a punitive fine up to $50,000 and a separate fine for triple the amount of each kickback.

What Is the Stark Law?

The “Stark Law” isn’t a law, but a group of federal laws designed to prevent the practice of physician self-referral. Stark Law is defined by 42 U.S.C. 1395nn. Physician self-referral occurs when a doctor sends a Medicare patient to receive services from a medical facility in which the doctor has a financial interest. Financial interest includes ownership, investment, or a structured compensation arrangement.

Physicians who violate Stark Law face crushing civil penalties. Each violation carries a $15,000 civil monetary penalty per knowing violation. The penalty climbs to $100,000 per violation that was knowingly committed to circumvent the law.

Medicare fraud is prosecuted by the federal government. Medicaid, on the other hand, is a federal program implemented locally in each state. If you commit Medicaid fraud, you may face state charges under one of the following laws.

Medicaid provider fraud is made illegal under Florida Statute 409.920. The following knowing acts of Medicaid fraud are charged as felonies:

Medicaid provider fraud is charged according to the dollar value of wrongful benefit received by the provider. The following maximum penalties apply:

A person convicted under this statute also faces a massive additional fine. This fine equals five times the amount of money gained by the provider or lost by Medicaid.

It is a felony to commit Medicaid fraud under this statute. The degree of felony charged depends on the dollar value of the prescription drugs, goods, or services fraudulently billed to Medicaid. Both types of Medicaid fraud described under this law carry the following maximum penalties:

Whether you’re a Medicaid service provider or recipient, it’s in your best interest to speak to an attorney as soon as possible. The stakes are high, and the outcome of your case could affect the rest of your life.

What is the Difference Between Medicare and Medicaid? | US HHS – The United States Department of Health & Human Services publishes this article on its official website. Visit this page to read a brief comparison of Medicare and Medicaid. You will also find links at the bottom of the page with answers to frequently asked questions about the two programs.

Medicare Fraud & Abuse: Prevention, Detection, and Reporting | CMS[– The Center for Medicare & Medicaid Services is a federal agency responsible for administering Medicare and working with state governments to help administer Medicaid. The CMS published this guide in September to educate readers about different types of Medicare fraud and abuse. Here you will also learn about the various laws that pertain to Medicare.

There Are Many Types of Medicaid Fraud | CMS – This one-sheet document published by CMS outlines a list of the most common types of Medicaid fraud. Visit this link to read about unbundling, collusion, kickbacks, and other abuses of the Medicaid system.

The Three-Headed Monster of Healthcare Fraud Enforcement | ABA – The American Bar Association bills itself as the national representative of the legal profession. In this article, you can read a comparison of the main laws designed to counteract healthcare fraud. Here you can read summaries of the False Claims Act, Stark Law, and Anti-Kickback Statute.

Medicare or Medicaid fraud charges can completely derail your life. You could end up in state or federal prison with tens or hundreds of thousands of dollars in punitive fines. The attorneys at Meltzer & Bell, P.A. have years of experience delivering results for people just like you. Contact us today for a free initial consultation.

Call (561) 557-8686 or fill out our form online. One of our knowledgeable attorneys will discuss the charges and associated penalties you face. Then you can discuss a game plan to achieve the most favorable result possible. We represent Palm Beach County clients in West Palm Beach, Lake Worth, Boca Raton, and other communities across South Florida.