When the police suspect a person of Driving Under the Influence (DUI), the police officer who stops the driver may ask the driver to perform a series of tests. These tests, known as standardized field sobriety exercises (SFSEs), are designed to help law enforcement determine if a driver is under the influence of alcohol or a controlled substance.

By conducting SFSEs, the officer can establish probable cause for a DUI arrest after determining that the suspect’s performance on the exercises demonstrated “clues of impairment.”

Sober people often fail SFSEs. A shameful secret of DUI enforcement is that field sobriety exercises are highly flawed and unreliable, particularly when administered by an inexperienced officer. Studies of the exercises showed failure rates that are far removed from an acceptable scientific range of error.

If you decline that invitation, the officer will warn you of adverse consequences of that decision, including the fact that the officer will make a decision to arrest based on more limited information. A roadside DUI stop is a “gotcha” situation and refusing to submit to field sobriety exercises may nevertheless result in a DUI arrest.

The police must follow strict regulations during a DUI stop and when conducting field sobriety tests. Any break in protocol may result in an exclusion of this evidence or a reduction or dismissal of charges.

Call Meltzer & Bell, P.A. at (561) 557-8686 today for a free consultation. We can help you protect your driving privileges and your freedom. 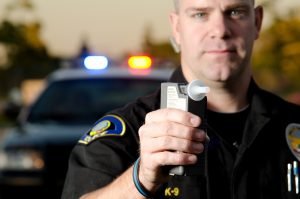 Until the mid-1970s, there were no standardized tests to determine impairment of drivers. In 1984, the National Highway Traffic and Safety Administration (NHTSA) released its first manual, “Standardized Field Sobriety Tests,” to address the issue.

Since then, countless roadside encounters have involved a battery of subjective tests under variable conditions, with little or no scientific value.

Field Sobriety tests are not defined in the Florida Statutes, nor are guidelines for implementing them. In fact, field sobriety tests are only referred to in connection with reporting requirements for law enforcement for the suspension of driver’s licenses in F.S. §§ 322.2614 and 322.64.

In most states, including Florida, officers are trained in three evaluations developed and refined by the NHTSA. Essentially, these tests are agility exercises administered at the roadside under a wide variety of conditions to any suspect, regardless of age or health, weather, noise or traffic conditions. Only these three exercises are approved by the NHTSA.

Nystagmus is an involuntary jerking of the eye that occurs naturally, as the eyes gaze to the side. The jerking often occurs when the eyes are rotated at high angles; however, when a person is impaired the jerking is exaggerated, according to the NHTSA.

To evaluate HGN, an officer will move an object, usually a pen or a finger, 12 inches in front of a person’s face to watch the movements in the eyes. The officer will look to see if the eyes cannot follow the object smoothly, if jerking is distinct when the eye is at maximum deviation, and if the jerking starts within 45 degrees of the center.

According to the NHTSA, the HGN test can also indicate if a person is on medication for seizures, a variety of inhalants, barbiturates and other depressants.

It is important to keep in mind that other medical conditions, environmental conditions, or the presence of legal drugs, such as caffeine or aspirin, may have an effect on a HGN test.

The Walk and Turn exercise requires a person to walk on a striaght line for nine steps, ina heel-to-toe manner, before returning and repeating the exercises with nine more steps back down the down the line. The exercise is often performed on the side of the road, in the dark. In many cases, the officer will ask the the suspect to perfirm the Walk and Turn Exercise on or near the roadway while traffic is whizzing by.

The officer is looking for not only a lack of balance, but also the ability to follow instructions (nine steps), as well as any other physical mistakes, such as wobbling, turning improperly, or failing to step heel-to-toe.

The One Leg Exercise requires a person to elevate one foot six inches off the ground, point the toe, and hold that position while balancing on only the other foot for 30 seconds.

The officer is looking for clues of impairment if the suspect is swaying while balancing, using the arms to balance, hopping to maintain balance, or touching the elevated foot to the ground.

Both the Walk and Turn and the One Leg Test are designed to divide the suspected drunk driver’s attention. The exercises require a person to listen and follow instructions while performing simple physical movements. If a person is impaired, he or she may have trouble with the tasks. Of course, anyone who is not impaired may also have trouble with these tasks for any variety of reasons.

Unfortunately, a police officer has no idea how a person would handle the tests when sober. It is also difficult to judge a person’s state of mind during a sudden traffic stop on the side of the road, with the prospect of an arrest hanging in the balance. For example, if a person has anxiety issues, trying to complete simple tasks under pressure may cause him or her to fail.

SFSEs rely on observations, prejudices, training of the officer and opinions. If the officer pulled a person over for suspicion of drunk driving, the officer probably already thinks the driver is under the influence.

Of course, each of these tests is heavily subjective and subjectivity can skew the evidence. An officer must not only be properly trained in how to administer field sobriety exercises, but also the officer must administer the exercises properly.

You have the right to refuse to perform field sobriety tests when you are suspected of drunk driving in Palm Beach County or anywhere else in Florida. If you do submit to SFSEs and are charged with a DUI, it is important that you contact a criminal defense attorney. Prosecutors can attempt to use your refusal against you, but a dedicated DUI lawyer can be the difference in the outcome.

Other field sobriety exercises that police may conduct are not recognized by the NHTSA. These include reciting a portion of the alphabet, counting backward, or leaning the head backward and touching the nose with the eyes closed. Remember that you have the right to politely refuse any field sobriety exercises, without punishment, under Florida law.

When a suspect is under 21 years old, a law enforcement officer is permitted to ask the driver to submit to a portable breath test (PBT). This test involves breathing into a small handheld device that measures a person’s blood alcohol concentration (BAC).

PBTs are notoriously inaccurate and a PBT may only be used, along with all other field sobriety tests, to establish probable cause, but the results of a PBT test are not admissible in a DUI trial.

A PBT must be properly documented and maintained. An officer who uses a PBT must be certified and trained to do so and must follow specific guidelines and procedures or all evidence may be excluded.

A Florida Validation Study of Standardized Field Sobriety Test (SFTS) Battery — Read a 38-page summary of an extensive report about SFSTs in Florida, principally authored by Dr. Marcelline Burns, who is credited as the pioneer of SFSTs, suggesting that SFSTs are valid.

National High Traffic Safety Administration (NHTSA) — Standardized Field Sobriety Test (SFST) Validation Study — Read the summary of a study conducted by the federal NHTSA that also suggests the validity of SFSTs. Citizens can order a copy of the NHTSA’s 34-page SFST manual by contacting the NHTSA at the address shown on the website.

If you were arrested in West Palm Beach or Palm Beach County, Florida, for DUI based on a field sobriety test, you should consult with an experienced local attorney about your case.

Our skilled criminal defense lawyers can quickly assess your situation and determine if field sobriety tests resulted in an improper arrest. Even if you performed poorly on a voluntary field sobriety test, there are many possible defenses that may be available.

At Meltzer & Bell, P.A., we fight tirelessly for the rights and driving privileges of our clients, Call us today at (561) 557-8686 to schedule your free initial consultation.