Jurisdictions throughout the United States began implementing drunk driving laws primarily to reduce the number of people killed as the result of motorists driving under the influence (DUI) of alcoholic beverages. While many DUI arrests occur at routine traffic stops, some alleged offenders may face DUI charges after causing motor vehicle accidents.

When a crash results in another party sustaining some serious bodily injury, the allegedly intoxicated driver can face felony charges. It is important to remember that in DUI cases serious bodily injury, state law authorizes a police officer to use reasonable force, if necessary, to draw blood from an alleged offender. An officer may only use reasonable force if the officers have probable cause to believe that an alleged offender was under the influence of an alcoholic beverage or chemical substance while driving or being in actual physical control of a motor vehicle and caused serious bodily injury of a human being.

Were you arrested or do you think that you might be under investigation for an alleged DUI resulting in serious bodily injury in South Florida? Exercising your right to remain silent is imperative. Contact  Meltzer & Bell, P.A. to learn more about DUI with serious bodily injure.

Call (561) 557-8686 today to have our attorneys provide a complete evaluation of your case during a free initial consultation. 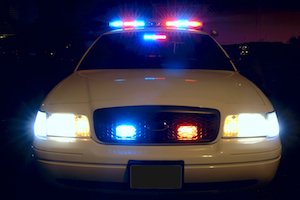 Florida Statute § 316.193(3)(c)2, establishes that a person commits the third-degree felony offense of DUI causing serious bodily injury to another if he or she is driving or in actual physical control of a vehicle in Florida while he or she is:

Serious bodily injury is defined under Florida Statute § 316.1933(1)(b) as being “an injury to any person, including the driver, which consists of a physical condition that creates a substantial risk of death, serious personal disfigurement, or protracted loss or impairment of the function of any bodily member or organ.”

If an alleged offender leaves the scene of an accident without giving identifying information to the alleged victim or failing to render aid, it can result in second-degree felony charges.

Additionally, Florida Statute § 316.28(4)(a) establishes that convictions for DUI involving serious bodily injury will result in the court revoking the person’s driving privileges for a minimum of three years.

A court may also an individual convicted of DUI causing serious bodily injury to install an ignition interlock device (IID) on every vehicle owned or operated by the alleged offender. It is also critical to keep in mind that criminal convictions for DUI causing serious bodily injury can also create potential civil liability for alleged victims who may be able to seek compensation from alleged offenders for medical bills, lost wages, and other financial harm.

Sobering Facts: Drunk Driving in Florida | Centers for Disease Control and Prevention (CDC) — View a CDC fact sheet that provides a snapshot of alcohol-involved crash statistics in Florida. The percentage of adults in Florida who reported driving after drinking too much in the prior 30 days was higher than the national average, and Florida also had higher rates of death for people in crashes involving drunk drivers for every age group except adults 20 years of age or younger. The fact sheet also provides strategies to reduce injuries in drunk driving crashes.

Florida Department of Transportation (FDOT) Fiscal Year 2016 (FY2016) Highway Safety Plan (HSP) Annual Report — The FDOT FY2016 HSP Annual Report “reflects the activities undertaken by State and local entities working together to reduce motor vehicle crashes and the resulting serious injuries and fatalities on all Florida roadways.” According to the report, Florida had a goal to decrease the number of serious injuries in traffic crashes by 5 percent annually from the 2012 FARS data baseline year total of 18,358 to 14,953 by December 31, 2016, but serious injuries crashes increased to 21,553—a 3 percent increase since the 2014 calendar year. You can also learn more about the Florida DUI Challenge, a program which was open to all state, county, and municipal law enforcement agencies within Florida, and had the goal of reducing the number of impaired driving-related crashes, serious injuries, and fatalities.

If you were arrested in South Florida for an alleged DUI offense that resulted in serious bodily injury to another person, it is in your best interest to exercise your right to remain silent until you have legal representation. Meltzer & Bell, P.A. represents individuals in Boynton Beach, Greenacres, Lake Worth, Riviera Beach, Wellington, and many surrounding areas of Palm Beach County, Broward County, and Miami-Dade County.

West Palm Beach criminal defense attorneys Lawrence Meltzer and Steven Bell will work tirelessly to help you achieve the most favorable outcome that results in the fewest possible consequences.

You can have our lawyers review your case and discuss all of your legal options as soon as you call (561) 557-8686 or submit an online form to take advantage of a free, confidential consultation.