In Florida, almost any fatal accident that involves a driver who could be convicted of driving under the influence (DUI) at the time of the accident will also result in a conviction for DUI manslaughter. The prosecution does not need to prove that the driver’s intoxication caused the accident. Meaning it can be incredibly difficult to defend a DUI manslaughter case effectively.

The standard a prosecutor must meet to secure a conviction is lower than that of ordinary manslaughter or vehicular homicide cases. Florida DUI manslaughter convictions come with severe penalties, including lengthy prison sentences and significant fines. If you or someone you know has been charged with DUI manslaughter, we highly suggest you gain experienced legal representation as soon as possible.

If you have been charged with alleged DUI manslaughter in Florida, you will want to make sure that you have legal representation. Meltzer & Bell, P.A. can fight to get the best possible outcome for you with the fewest possible penalties.

Our Palm Beach County DUI manslaughter attorneys at Meltzer & Bell, P.A. represent clients in such communities as West Palm Beach, Boca Raton, Boynton Beach, Delray Beach, Wellington, Jupiter, and many others. You can receive a complete review of your case by calling (561) 557-8686 today to schedule a free, confidential consultation.

Elements of DUI Manslaughter in Florida

Driving under the influence is a serious crime with lasting consequences. When someone dies as a result of you driving intoxicated, then the stakes go up exponentially. DUI manslaughter can be found under Florida Section 316.193(1) and (3)(c)(3), which states:

It’s important to note that even if you never intentionally wanted to hurt anyone you will still face the criminal charges. You can even be charged with DUI manslaughter if you weren’t driving the whole time. Being in actual physical control means a person is physically in the vehicle and has the capability and control over the motor vehicle. For example, a person can be found in actual physical control if they were found sleeping in the car with their keys in the ignition, but the engine off.

Penalties for DUI Manslaughter in Florida 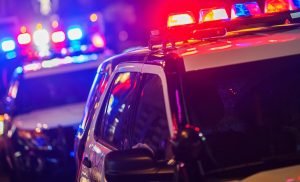 DUI is one of the most commonly tried crimes in Florida. However, when a person has died as a result of DUI their penalties are drastically enhanced. If convicted of DUI manslaughter, you will face a second-degree felony, which is punishable by:

In Florida, the judge is required to impose a mandatory-minimum sentence of 124 and a half months (or 4 years) in addition to the penalties above. The court is likely to add conditions to your sentencing to deter you from driving drunk again, these include:

MADD | Florida Chapter – Visit the official website for MADD, also known as Mothers Against Drunk Driving for the state of Florida. Access their site to learn DUI statistics in Florida, information about victim impact panels and survivor stories.

Lawrence Meltzer and Steven Bell have experience with these cases on both sides of the aisle as a former prosecutor and former public defender, respectively. You can have our West Palm Beach DUI manslaughter attorneys review your case by calling (561) 557-8686.

Call to schedule a free and confidential initial consultation.