In the 1980’s the United States declared a War on Drugs to combat those possessing, selling, or manufacturing controlled substances. Since these laws were implemented thousands of people have been incarcerated for various drug crimes throughout the nation. In the last five years, the United States has been on the road to decriminalizing a lot of these drug crimes.

However, this process hasn’t been very timely so many people around the U.S. must face serious penalties for drug crimes every day. Depending on the circumstances a person could face expensive fines in the thousands and be required to spend years behind bars. If you or someone you know has been charged with a drug crime, then it’s imperative you seek an experienced criminal defense attorney for assistance.

A drug charge and conviction can result in severe consequences that can be lifelong. If you’re convicted, then you could face expensive thousand-dollar fines and even spend time in jail or prison. Don’t be idle and gain legal representation that can help you today with Meltzer & Bell, P.A..

Meltzer & Bell, P.A. is a group of distinguished criminal defense attorneys in the Palm Beach County area who are passionate about what they do. We are available to our clients, 24/7, Monday through Sunday all week. You can call us at (561) 557-8686 and we will set up your first consultation free. Meltzer & Bell, P.A. accepts clients throughout the West Palm Beach area including Palm Beach, Wellington, Boca Raton, and Jupiter.

Overview of Drug Defense in FL 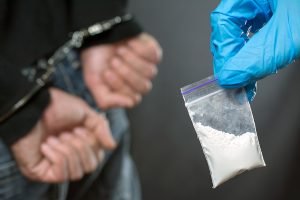 When you hear the term “controlled substances” you may only think of unlawful drugs such as cocaine or cannabis. In reality, this isn’t the case. Controlled substances incorporate more than street drugs and can include prescription medications such as OxyContin and Ritalin. It can even include mixtures of some over-the-counter medicines such as mixtures of Tylenol or Robitussin.

The following are some different controlled substances that are illegal or illegal without a prescription under Florida law.

Drug crime penalties often rely on the circumstances and the schedule that the drug falls under. These classifications are based on the drug’s medical value and their abuse potential. Drug schedules can be found listed under the Controlled Substances Act in the U.S. Code.

Many law enforcement officers file drug charges after a search or a traffic stop. Even if the evidence of possessing drugs is apparent, you can still implement a strong defense to fight your charges. Having a skilled attorney to fight for you can give you the edge you need while they file motions, suppress evidence and poke holes in the prosecution’s case.

The right legal defense for your charges depends on your situation. There are a few common defenses utilized by attorneys in drug cases, which include, but are not limited to:

The court may offer you a drug treatment program during plea bargaining to avoid incarceration.  These programs focus on rehabilitative treatment for drug offenders rather than punishment. If you’re accepted, then you’ll complete the program according to your court order. Successfully finishing the program in time will lead to your charges being dismissed. Failure to complete the conditions of the program will mean the court will reinstate the original statutory penalties you were facing.

The following is some important information regarding drug courts in Palm County Beach.

The penalties for a drug crime can feel overwhelming and cause you to be paralyzed on what to do next. If you or someone you know has been charged with a drug crime in Florida, then it’s important you seek an experienced criminal defense attorney to assist you. Do what’s best for your future by calling Meltzer & Bell, P.A. to see what possible legal avenues you can pursue.

Meltzer & Bell, P.A. isn’t just passionate about defense, but we have the experience needed to defend serious charges. Our lawyers have been practicing for nearly 20 years and understand what it takes to fight a drug charge. Call us at (561) 557-8686 to learn more during your free consultation. Meltzer & Bell, P.A. has clients throughout the greater Palm Beach County area including West Palm Beach, Palm Beach, Wellington, and Boca Raton.