When a person makes an accusation of violence against a loved one, including a spouse, relative or someone they are living with or dating, the law may define that accusation as one of domestic violence. Florida Statutes § 741.28 defines domestic violence as one of several violent offenses or any act resulting in injury or death that occurs between members of the same family or household.

Domestic violence accusations are heartbreaking for all parties involved. In many cases, they arise out of misunderstandings. Even if the person making the complaint changes his or her mind, prosecutors may refuse to drop charges. Consequences can involve protective orders, which may severely curtail your liberties.

If you face accusations of domestic violence in Palm Beach County, you can rely on the experienced West Palm Beach lawyers at Meltzer & Bell, P.A. to always be on your side and fight vigorously for you. We seek only the best for our clients, and will work to have your charges reduced or dismissed.

We also represent clients in Broward County and Miami-Dade County.

It is important to realize that the accused and the accuser do not have to be married or be related by blood. If two people live together who are in an relationship but not married, charges of violence may be prosecuted as domestic abuse. Likewise, people in same-sex relationships who live together may face domestic violence accusations, even though Florida does not recognize marriage equality.

Florida Statutes § 784.046(1)(d) also defines “dating violence.” Dating violence is an act of violence between people who have or have had, within the last six months, a significant relationship that is of a romantic or intimate nature. 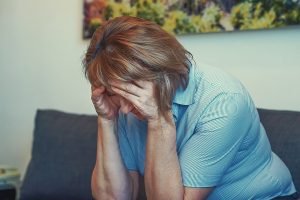 Florida Statutes § 741.28 lists several separate offenses, found elsewhere in the law, that may be charged as domestic violence. All of these carry punishment, including prison time and hefty fines, if convicted.

Offenses listed in the statute include:

Additionally, the statute says that “any criminal offense resulting in physical injury or death” of a family or household member may be charged as domestic violence. Felony battery by strangulation (Florida Statutes § 784.041) is a common charge.

A person making an accusation of domestic violence may file a sworn petition for a protective order. Under Florida Statutes § 741.30 (or, for alleged victims of dating violence, Florida Statutes § 784.046), the person may be granted such an order, even if the accused has not been convicted of a crime.

The alleged victim will submit a petition. The judge receiving the petition will determine whether a temporary order should be granted. The accused does not have an opportunity to be represented in this proceeding. The order will be valid for up to 15 days, during which a hearing must be held for a permanent order. Your criminal defense lawyer can represent you at this hearing and argue on your behalf.

Violation of a protective order is, itself, a crime. The order can either be indefinite or set to expire at a certain date.

Other Consequences of Family Violence Accusations

Any offense carries the possibility of time in prison, especially those that are charges as felonies. However, per Florida Statutes § 741.283, any domestic violence charge carries a minimum sentence of five days in jail if convicted. Under federal law, you will not be allowed to carry a firearm for the rest of your life, even for a misdemeanor conviction.

In many criminal accusations, the complainant can decide not to press charges, and prosecutors will drop them or decline to prosecute. However, in these cases, State Attorneys often pursue charges regardless of the victim’s desires. Having domestic abuse charges dropped is very difficult, but your lawyer can make every effort to negotiate with the prosecution.

After an arrest for a domestic violence criminal in Palm Beach County, FL, the criminal justice system uses a “no bond” policy. This means that after an arrest for any domestic violence court, you cannot immediately bond out of jail until after you have attended first appearance court (often called “the magistrate hearing”). The State Attorney’s Office in Palm Beach County also uses “no drop” policy in domestic violence cases. That means that even if the alleged victim appears at the magistrate hearing and asks that the charges are dropped, the state attorney’s office will not drop the charges for this reason.

The alleged victim and other witnesses to the crime will not typically usually be present at the first appearance hearing, although the witnesess do have a right to attend the hearing. The judge at the magistrate hearing might take testimony from the alleged victim if the alleged victim wishes to have contact with the accused while the case is pending. In those cases, the court might set a “no violent contact” condition on pre-trial release instead of the standard “no contact” provision.

On the other hand, in some cases, the alleged victim will ask the court to set a higher bond or not release the defendant from custody without some special conditions in place to give extra protection to the alleged victim and their family. In Palm Beach County, the magistrate hearings are held each morning 364 days a year including weekends and holidays.

If the alleged victim wants to address the court at first appearance, then that person can make contact with the Victim Witness Advocate in the magistrate room or the Court Deputy. The Victim Witness Advocate and the Court Deputy will then tell the assistant state attorney and/or the criminal defense attorney that the alleged victim wishes to make a statement.

Domestic violence charges carry serious repercussions. If you are accused in Palm Beach County, our dedicated defense attorneys at Meltzer & Bell, P.A. will fight for your rights. We can represent you on any family violence charge, and on related matters, like protective order hearings. Call us today at (561) 557-8686 to set up a free consultation.