Florida law defines a “hate crime” is an act committed by one person or group against another in any way constitutes an expression of hatred toward the victim based on his or her personal characteristics. Hate crimes can also involve crimes against another person’s property.

If you were charged with a hate crime under Florida Statute Section 775.085, then you should contact an experienced criminal defense attorney at Meltzer & Bell, P.A.. We represent clients charged with a variety of violent crimes and property crimes. With offices in West Palm Beach in Palm Beach County and Fort Lauderdale in Broward County, FL, we represent clients throughout all of South Florida.

The mention of a prejudiced remark does not necessarily make a criminal incident hate-motivated any more than the absence of such a remark makes the criminal incident a non-hate one. Your criminal defense attorney will fight any accusation that a specific incident constitutes a hate-motivated crime. We review statements of the alleged victim and witnesses, as well as physical evidence, may be used to make this determination.

Florida law provides for harsher penalties if a hate crime is alleged. Find out how our attorneys fight these cases during every stage from the initial investigation through trial. Call us a (561) 557-8686 to discuss your case today.

Under Section 775.08(1), it is an essential element of this section that the record reflects that the defendant perceived, knew, or had reasonable grounds to know or perceive that the victim was within the class delineated in s. 775.085, F.S. For purposes of the hate crime statute, the prejudice, must be based on one of the following:

Penalties for Hate Crimes in Florida

Under Florida’s “hate crime” statute, offenses are reclassified as follows: 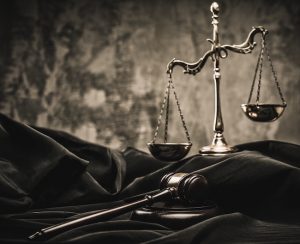 According to the Florida Attorney General’s Office, in 2014, 73 hate crimes were reported statewide from January 1, 2014, through Dec. 31, 2014. According to the Florida Department of Law Enforcement’s Hate Crime Training Manual, that the motivation behind the act is the key element in determining whether an incident is hate-related. Ultimately, it is up to the judgment of individual law enforcement officer.

The motivation for the hate crimes as a percentage of all reported hate crimes were classified as follows:

According to the Florida Department of Law Enforcement’s Hate Crime Training Manual, that the motivation behind the act is the key element in determining whether an incident is hate-related. Criminal charges for hate crimes are ultimately left up to the judgment of individual law enforcement officers and their agencies to determine whether a particular incident constitutes a hate crime and is reported as such to the State of Florida.

Types of Hate Crimes in Florida

Civil Action for the Commission of a Hate Crime in Florida

Section 775.085, F.S., also provides that a person or organization that establishes by clear and convincing evidence that it has been coerced, intimidated, or threatened in violation of this section has a civil cause of action for treble damages, an injunction, or any other appropriate relief in law or equity.

Under Florida Statute Section 775.085(2), upon prevailing in such civil action, the plaintiff may recover reasonable attorney’s fees and costs.