The criminal defense attorneys at Meltzer & Bell, P.A. represent clients charged with aggravated battery on a pregnant female under Florida Statutes 784.045(1)(b) in West Palm Beach and throughout Palm Beach County, FL.

The attorneys at the firm can represent you at the first appearance or magistrate hearing, during the pre-file investigation, at arraignment, during any status or pre-trial conference. We can help by fighting for an outright dismissal of the charges, negotiating the most favorable plea bargain before trial, or taking the case to trial to fight for the not guilty verdict.

Under Florida law, the crime of “battery” is committed where one person touches or hits another person against their will. In most cases, the crime is charged as a misdemeanor for “simple battery.” A battery can involve a hit, push, punch or slap. Any offensive touching can be considered a battery.

The State Attorneys Office in Palm Beach County takes an aggressive stance in these cases even when the alleged victim wants to drop the charges. You also need a criminal defense attorney dedicated to fighting your aggravated battery on a woman who is pregnant in West Palm Beach. We know the best strategies to use in these cases when the accusation is false or exaggerated.

The elements of aggravated battery on a pregnant woman under Florida Statute 784.045, require proof beyond all reasonable doubt of the following:

After an arrest, the prosecutor with the State Attorney’s Office in Palm Beach County will decide whether to file charges and what charges should be filed. During this pre-file stage of the case, it is extremely important that you have a criminal defense attorney fighting for you.

Your attorney can contact the prosecutor making a filing decision and present exculpatory evidence and reasons that the charges should not be filed. Your attorney can also demonstrate to the prosecutor that viable defense exist to fight the charges. The most obvious defenses in these cases is that the alleged victim is not actually pregnant or that the defendant did not know that she was pregnant.

Penalties for Aggravated Battery on a Pregnant Woman

Under Florida Statutes 784.045(1)(b), aggravated battery on a woman who is pregnant is charged as a second-degree felony. A second-degree felony carries a statutory maximum penalty of 15 years in prison and a $10,000 fine. The crime is classified as a level 7 offense under the Florida Criminal Punishment Code.

Aggravated Battery on a Pregnant Woman in Florida – Visit Online Sunshine, the official internet site of the Florida legislature to find the statute under Title XLVI for crimes under Chapter 784 related to assault, battery and culpable negligence. Under Florida Statute 784.045, the crime of aggravated battery involves causing great bodily harm, permanent disability, or permanent disfigurement. An aggravated battery can also involve the use of a deadly weapon. Alternatively, a person can be accused of aggravated battery if the defendant commits a battery on a women who was pregnant at the time of the offense when the defendant either knew or should have known that the victim was pregnant. Also find information on the Florida Senate and House including pending bills and recently enacted statutes.

Finding an Attorney for Aggravated Battery in Palm Beach County 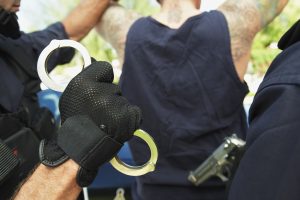 If you are charged with simple battery, aggravated battery with a deadly weapon, domestic violence by strangulation, or battery on a pregnant female, then contact an experienced criminal defense attorney in West Palm Beach at Meltzer & Bell, P.A..

The criminal defense attorneys at our law firm are experienced in fighting criminal charges for a variety of violent crimes including all types of battery under Florida Law.

Our attorneys are particularly experienced in fighting charges for aggravated battery on a pregnant female charged as second-degree felony under Florida Statutes 784.045(1)(b).

Call our office to discuss your case and the best defenses. We fight these charges aggressively. Call (561) 557-8686 today.

This article was last updated on Thursday, October 13, 2016.