Recently, 2016 CS/HB 135, deleted aggravated assault from the offenses that are subject to the mandatory minimum sentences set forth in s. 775.087, F.S., and makes a conforming change by repealing the exception to such sentences based on specified court findings.

Now, a person convicted of aggravated assault or attempted aggravated assault and who actually possessed or discharged a firearm or other specified weapon during the commission of that offense will no longer be subject to Florida’s 10-20-Life mandatory minimum sentences.

According to information from the Office of Economic and Demographic Research, 27 inmates were admitted to prison in Fiscal Year 2014-2015 under 10-20-Life mandatory minimum sentences for aggravated assault.

If you were charged with aggravated assault in Palm Beach County, then contact experienced criminal defense attorneys in West Palm Beach to discuss your case. Our attorneys can help you understand the charges pending against you, the minimum and maximum statutory penalties that might apply, and the best defenses that can be used to fight the charges.

What is Aggravated Assault in Florida?

Under Florida law, simple assault is a first-degree misdemeanor which is punishable by up to 12 months in jail and a $1,000 fine. Simple assault in Florida is defined as an intentional, unlawful threat by word or act to do violence to the person of another, coupled with an apparent ability to do so, and doing some act which creates a well-founded fear in such other person that such violence is imminent. 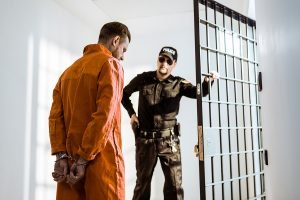 Florida’s “10-20-Life” law is found at Florida Statute Section 775.087 which requires the court to sentence a person convicted of specified offenses to a minimum term of imprisonment of:

Section 775.087(4), F.S., states, “For purposes of imposition of minimum mandatory sentencing provisions of this section, with respect to a firearm, the term “possession” is defined as carrying it on the person. Possession may also be proven by demonstrating that the defendant had the firearm within immediate physical reach with ready access with the intent to use the firearm during the commission of the offense, if proven beyond a reasonable doubt.”

Just prior to recent legislative changes, these minimum terms were imposed for an aggravated assault conviction unless the court made written findings that:

Other Offenses with a Mandatory Minimum Term in Florida

The other offenses subject to the three-year mandatory minimum term are burglary of a conveyance and certain possession of firearm by a felon. s. 775.087(2)(a)1., F.S.

A ten-year minimum mandatory term applies to the possession of a firearm or destructive device during the commission of or attempt to commit the following offenses:

Under Florida Statute Section 775.087(3)(a)1., the other offenses subject to the 15-year mandatory minimum term include:

What Were the Deviations from Florida’s 10-20-Life Statute?

Florida Statute Section 27.366, provides that it is the Florida Legislature’s intent “that convicted criminal offenders who meet the criteria in s. 775.087(2) and (3) be sentenced to the minimum mandatory prison terms,“ provided “that prosecutors should appropriately exercise their discretion in those cases in which the offenders’ possession of the firearm is incidental to the commission of a crime and not used in furtherance of the crime, used in order to commit the crime, or used in preparation to commit the crime.”

If an offender meets the mandatory minimum sentencing criteria in the 10-20-Life law, but does not receive such sentence, Florida Statute s. 27.366, F.S., required that the state attorney “must explain the sentencing deviation in writing and place such explanation in the case file maintained by the state attorney.”

As explained in State v. Kelly, 147 So. 3d 1061 (Fla. 3d DCA 2014), while Florida Statute 27.366, F.S., gives prosecutors the discretion to waive imposition of minimum mandatory sentences, the statute, aside from one exception adopted by the Legislature in 2014, does not accord such discretion to the sentencing courts.