Ari Goldberg of Meltzer & Bell Retained to Defend Their Client on Accusations of DUI Manslaughter.

A 44-year-old West Palm Beach woman has been charged with DUI manslaughter in the fatal crash of a motorcyclist near Palm Beach International Airport in October.

According to the sheriff’s arrest report, Amelfi Gonzalez’s blood-alcohol level was more than three times the state’s legal limit when measured at a hospital about an hour after the crush.

“Certainly, what happened was a tragedy,” defense attorney Ari Golberg, said in a statement Thursday. “Our thoughts right now are with (the motorcycle driver’s) family as they have been since the night of the incident. We have entered a plea of not guilty. Ms. Gonzalez is presumed innocent and our intention right now is to defend her against these accusations.”

Goldberg said he could not discuss the facts of the case. 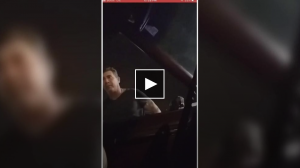 The Florida deputy charged says he belongs in a special veterans court.

An arrest report states a city police officer observed Alderman banging on the trunk of the men’s car. But the more important evidence is the cellphone video, apparently recorded without the deputy’s knowledge.

“At approximately 15 seconds into the video, Alderman reaches back, with his right hand, and draws a semi-automatic pistol from his waistband and points it at the driver’s door of the vehicle,” while yelling obscenities and repeatedly ordering the men to drive away, police said.

David Goudreau of Meltzer and Bell, P.A., attorney for the victims, says they were traumatized by what happened and want justice by Alderman going before a jury or perhaps in a plea deal.

“We can’t take away the fact that these three men are going to suffer for this for the rest of their lives for having an off-duty officer threatening them with a firearm,” Goudreau said. “You have three victims and they object to Veterans Court.”

“They are victims in a gun crime,” the lawyer told the South Florida Sun-Sentinel. “But for the self-control and the absolute stillness of my three clients, it could have been a bloodbath … they are fortunate they were not shot and killed.” 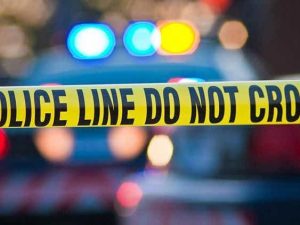 BOYNTON BEACH — A Palm Springs woman, who investigators say was driving more than 90 mph in a 45 mph zone when she was involved in a fatal crash near Boynton Beach in 2020, was arrested Tuesday, according to jail records.

Ana del Carmen Salinas, 49, faces one count of vehicular homicide in the March 13 death of 88-year-old Julius Bernard Shevlin. Salinas was released on $15,000 bail Wednesday, according to court records.

On March 13, Palm Beach County Sheriff’s Office investigators said, Salinas was driving a white Honda Accord south on Jog Road near the West Boynton Branch library. Shevlin was exiting the library parking lot in a green Toyota Yaris and trying to make a left turn into northbound traffic in the roadway.

Investigators said data provided from the cars showed Salinas’s vehicle was going 93 mph two seconds before her car’s airbag was deployed. Investigators said the minimum speed Salinas was driving at the time of impact was 71 mph.

The posted speed limit on Jog Road is 45 mph, according to the arrest report.

A witness to the crash said she saw the Honda at the intersection of Gateway Boulevard and Jog Road, just north of the library.

There, she said, she had the right of way to turn left onto southbound Jog Road, but the Honda made a right turn from eastbound Gateway onto Jog. She said she hesitated entering the intersection because of how fast the Honda was moving.

She said the Honda then sped around her in the moments before the crash. When she saw the wreck, she got out of her vehicle to help Shevlin, who died at the scene.

Salinas was removed from the vehicle by Palm Beach County Fire Rescue crews and taken to Delray Medical Center for treatment. The extent of her injuries is unknown.

Investigators said the “reckless manner” and “speed driven” were the causes both of the crash and Shevlin’s death. An obituary for the 88-year-old suburban Boynton Beach resident said he was the father of three and grandfather of four children.

The Office of the State Attorney in West Palm Beach has dropped its manslaughter charge on William Difonzo, a Palm Beach County man accused of murder after a fight broke out at a local bar. Difonzo, through his attorneys at Meltzer and Bell, P.A., filed a Stand Your Ground Motion arguing self-defense.

Stand your ground allows an individual use deadly force if he or she reasonably believes that such force is necessary to prevent death or great bodily harm. Stand your ground forgoes the typical duty to retreat when the person has the right to be in a place.

Difonzo was facing 15 years in prison. “It was dismissed because he stood his ground,” said Steven Bell, partner at Meltzer and Bell, P.A. and Difonzo’s defense attorney. Bell stated that Difonzo was basically cornered outside a bar and he had the right to defend himself.

Palm Beach criminal defense attorney Steven Bell was quoted in a recent USA Today article discussing Tiger Woods’ possible eligibility for Palm Beach County’s first-time driving under the influence (DUI) offender program. The August 8 article touched on Woods being scheduled for his first appearance in court following a May 29 arrest for DUI. Tests showed Woods had no alcohol in his system, but he told officers that he had taken Xanax and other prescribed medications.

Meltzer & Bell, P.A. represented John Barrington Kennedy, the 21-year-old man accused of using a gun to threaten a woman on the campus of Keiser University. The alleged victim told the Palm Beach County Sheriff’s Office that she pulled into a parking spot and noticed Kennedy reach into his vehicle and emerge with a black semi-automatic handgun that he allegedly pointed at her. WPTV-TV reported that deputies recovered a black semiautomatic Glock 27 .40 caliber handgun from Kennedy and charged him with aggravated assault with a firearm and exhibiting weapons on school property.

Meltzer & Bell, P.A. defended Matthew Notebaert, the 32-year-old Loxahatchee man charged in a 2014 crash that killed his wife while the couple was having sex. The case drew national attention from such outlets as People magazine, the New York Post, and the New York Daily News. On March 29, Notebaert pleaded guilty to vehicular homicide and DUI causing injury and was sentenced to five years in prison after Palm Beach criminal defense attorney Steven Bell was able to get prosecutors—who sought a seven-year sentence—to drop related DUI manslaughter charges.